Deborah has vast experience both as a practitioner in the private sector and as an in-house counsel.  Having worked in both capacities gives her a unique perspective on servicing in-house clients.

For the past six years, Deborah has served in an outside general counsel role, providing an array of legal services for her clients, with a focus on trademark prosecution and enforcement.   During the 7 ½ years prior to that, Deborah held the role of Secretary & General Counsel to True Religion Apparel, Inc., a publicly traded company, creating and building its legal department, including its highly lauded brand enforcement program. Before her role with True Religion Apparel, Inc., Ms. Greaves held positions as V.P., Secretary & General Counsel of Blue Holdings, Inc. and Azteca Production International, Inc., respectively.

Deborah is licensed to practice in the State of California, the U.S. District Court (Central Dist. of California) and U.S. Supreme Court.  She serves as an officer and the chair of the Executive Committee of the California State Bar Intellectual Property Section and was also elected to the Board of Directors of the International Anti-Counterfeiting Coalition (IACC). She has been a member of INTA’s North American Committee Against Counterfeiting, and continues to be active with INTA committees.

In 2010 and 2013 she was shortlisted as Corporate Counsel of the Year by the Los Angeles Business Journal. In 2011, Ms. Greaves received the International Law Office Global Counsel of the Year Award for Intellectual Property. In 2012, she received the Daily Journal Award as one of California’s Top 20 In-House Counsel. In 2013, she was shortlisted by Chambers USA Women in Law for outstanding contribution to mentoring and also by the World Trademark Review (WTR) Industry Award for Fashion, Cosmetics & Luxury Goods Team of the Year. In Fall 2013, Ms. Greaves helped to launch Loyola Law School’s Fashion Law Program and continues remains an adjunct professor. Ms. Greaves is a partner with Withers Worldwide where she provides legal and advisory services to her private clients. 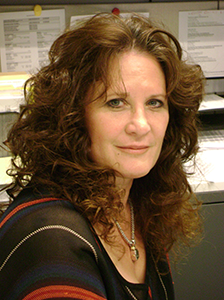