Jean-Pierre was Group Head of Brand IP at Nestlé,
from 2000 to 2014 with worldwide responsibilities for
trademarks, designs, copyright, internet/domain names/
social media and counterfeits. He successfully drove and
managed the integration of brand portfolio acquired by
the Group, established worldwide policies and guidelines
for the legal dimension of brand management, and played
a key role in setting up and managing a worldwide
network of Regional IP Advisers. He steered major
brand IP litigations and conducted portfolio reviews to
identify gaps and to take appropriate actions to
strengthen the protection and defense strategies.

From 1993 to 2000, Jean-Pierre held the position of
Director Intellectual Property at Kraft Foods in Zürich,
where he had responsibility for all of Kraft's trademarks
and non-technical intellectual property rights in Europe,
Middle East, Africa and Asia/Oceania.

From 1978 to 1993, he held in-house positions in
legal, marketing & sales and general management for
telecom, measurement instrument and consumer
trading companies in Switzerland, USA, France,
Singapore and Scotland.

Jean-Pierre completed his studies in Law at the
University of Berne and was admitted to the bar in
1978. In 1991, he completed the Program for Executive
Development (PED) at IMD in Lausanne. From 2005
until the end of 2016, the statutory maximum l
imitation of 12 years, Jean-Pierre Maeder was
a Council member, elected by the Swiss Federal Council,
of the Swiss Federal Institute of Intellectual Property.
From 2015 to 2016 he was acting as its Vice President.
He is also a member of the MARQUES Council,
the European Association of Brand Owners, since 2005.
Jean-Pierre currently serves as Counsel at the
Swiss Law/IP firm of Troller Hitz Troller and was
a consultant through the end of 2015 for
Nestlé as Special Delegate IP Advocacy with
governmental and professional organizations to
promote IP. He is regular speaker for WIPO to
promote the Madrid System in particular in Asia. 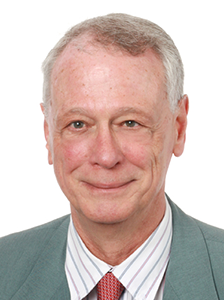