Cornelis (Kees) Schüller was the Global Head of Patents for Nestlé from 2005 to early 2020 based at their Headquarters in Vevey, Switzerland. In this function he had worldwide responsibility for the Nestlé patent portfolio consisting of about 25.000 registrations and 2000 patent families. He was not only responsible for the management of the team but also for the patent litigations including the multi-jurisdictional Nespresso capsule litigation.

Before joining Nestlé he worked for 12 years in Belgium. For about 8 years he was responsible for the patents, trademarks and R&D contracts at the research centre/pilot plant of Eridania Béghin-Say, the agroindustrial business of the Montedison Group in Vilvoorde near Brussels. After that he headed the patent department of Innogenetics (in Gent), a biopharmaceutical company developing a therapeutic vaccine for HCV and diagnostic kits for the detection of infectious diseases such as HBV, HCV, AIDS and HPV.

After obtaining master degrees in Chemical Engineering and Biochemistry he obtained his PhD in Molecular Biology at the State University of Groningen (the Netherlands).

Kees started his patent career in 1989 at Gist-brocades in Delft (the Netherlands) in drafting, prosecuting and opposing patents in the field of molecular biological products and processes.

He qualified as a Dutch, Swiss and European Patent Attorney and also obtained his master in Law degree. The extensive patent litigation experience gained over the years resulted in his nomination in 2018 as a Substitute Judge in the District Court in The Hague (The Netherlands), where he specializes in patent litigation cases.

Kees is member of the EPI, AIPPI and the Orde van Octrooigemachtigden and regularly lectured at AIPPI meetings (Paris, Toronto, Tel Aviv) and at the universities of Lausanne, Neuchatel and the CEIPPI in Strasburg. 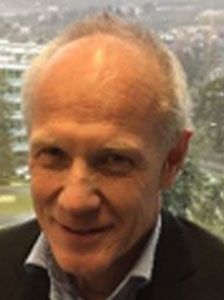